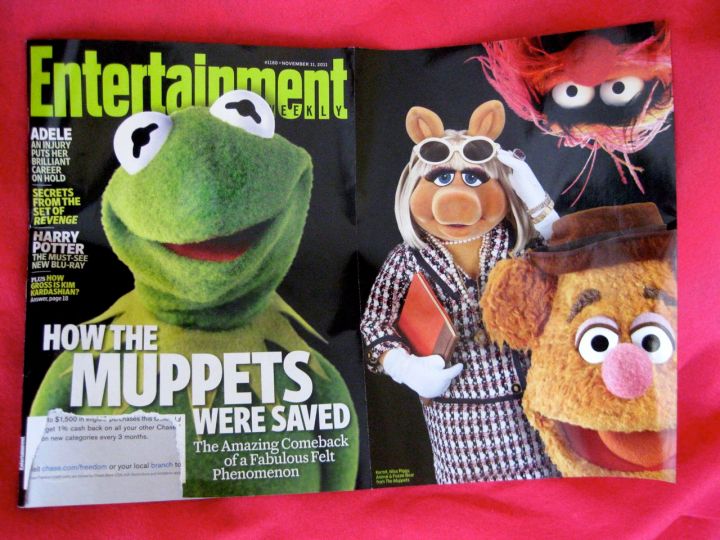 Miss Piggy’s been adopted. (But you can read on to find out what you missed)

With her larger than life personality, her killer karate chops (not to be confused with pork chops) and those big violet eyes (remind you of a certain other movie starlet?), Miss Piggy earned legions of devoted fans during the run of the The Muppet Show in the late 1970s.

Now that she and the rest of the Muppet gang are back in the spotlight with a major motion picture arriving in theatres for Thanksgiving, her Klout index is soaring and she’s poised to become a household name again.

…one of the most revered franchises in Hollywood history. — Pop Watch, Entertainment Weekly cover story, Nov 3, 2011 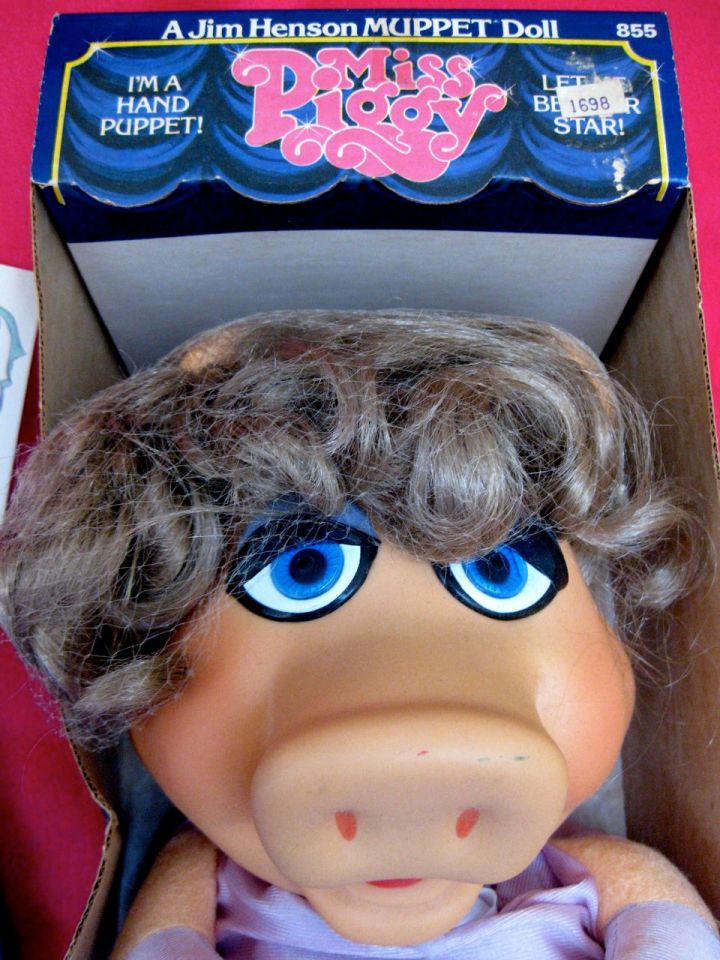 She can be your very own household resident if you’d like to visit my Fabled Attic shop and nab Miss Piggy herself (her hair’s still in the original netting to keep those curls fresh; she’d be appalled that she’s being seen mid-toilette, but such is life in the public eye).  Still in her original packaging, she dates from the heyday of the television show, and is the early, not late version of this particular puppet toy.

Miss Piggy appeared in 1979 (The box says Fisher-Price was owned by the Quaker Oats Company.  Who knew?):

Fisher-Price’s original line continues with the Miss Piggy puppet, the first Piggy doll ever produced, with a nice vinyl head and blonde hair. It’s hard to find any today that don’t have mangled hair.  [NOTE:  Mine has perfect hair!]

This puppet was interestingly released in two different boxes, one was taller with[out] cellophane and an open front (like the other Fisher-Price dolls). The later box was a little smaller, had cellophane, and it was enclosed all-around. A lot of people were playing with Piggy excessively at the store so they changed the box design so she became a harder to reach without opening the box. — Muppet Central Collectibles

This particular Miss Piggy is from the early box version — and is still sitting in her [worse-for-wear] open-front box..  Additionally, I’ll mention that she would be appalled to have mangled hair; this Miss Piggy is still wearing the original netting that holds her porkscrew curls in perfect place.  As generally noted with these dolls, her urethane foam filling has deteriorated, but she still looks good on the outside!  (I feel the same way some days…)

To sweeten the deal, I’ll throw in: 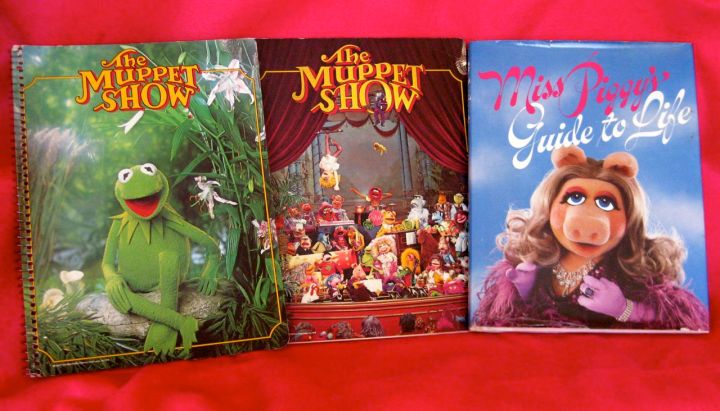 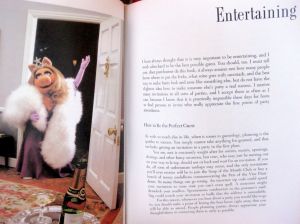 Do you still have fond memories of the Muppets, or are you one of the new generation that is discovering them for the first time?  I took my kids to the Smithsonian where they met the original Kermit the Frog and other Henson inspirations.  There was recognition, but not the sentimental “aw, look!” that ought to burst out when one comes face to face with Kermit himself.

I think we’ll probably have to go see the newest Muppet Movie and see what those beloved creatures are up to these days.  How about you?  Want to share some popcorn?

If you want to check out these Muppet Collectibles, click over to the Fabled Attic shop at Etsy.  See you at the movies!

You know what attics are like. Boxes of goodies. Mysteries. Treasure. Just let me finish reading this letter I found from my grade school boyfriend and then I'll show you some of the amazing stuff up here. Victorian stuff handed down from my great-great-aunt. Early 20th-century things my grandmother tucked away in drawers and boxes. Mid-century stuff my parents have held onto despite our peripatetic life. Not to mention mementos of my youth.

Oh, and the cool thing is that you can take it home with you if you want to. And you know you want to. Click here to visit my Etsy store, the Fabled Attic.

The blog here will let me unpack the boxes in my head, tell the stories of the stuff and share bits and bobs from around the web and around the world. Have a gander. Pour yourself a cup of coffee. Let's talk.